Here is a press release confirming Johnny Depp as Co-Host to Tim Burton Gala Benefit. Johnny Depp is to co-host a tribute to acclaimed filmmaker Tim Burton. The three-time Oscar nominee, who has starred in seven of Burton's films including Edward Scissorhands, Charlie And The Chocolate Factory and the upcoming Alice In Wonderland, will chair the star-studded ceremony with Tim's long-term partner, Helena Bonham-Carter. The glittering gala dinner - which is expected to see Hollywood stars James Franco, Danny DeVito, Ashley and Mary-Kate Olsen and Miranda Kerr - will take place at the Museum of Modern Art (MoMA) in New York on November 17. Tim's directorial work and 27-year career is also the subject of a MoMA exhibition taking place from November 22 until April 26, 2010. The exhibit will trace and celebrate his visual imagination, and will feature his earliest childhood drawings through his later works. 700 rarely or never-seen-before drawings, paintings, storyboards, moving-image works, puppets, maquettes, costumes, and cinematic ephemera will be shown.
Posted by Jamie at 9:55:00 PM

Why your friends don´t write? probably you are very similar, hehehehehehehe 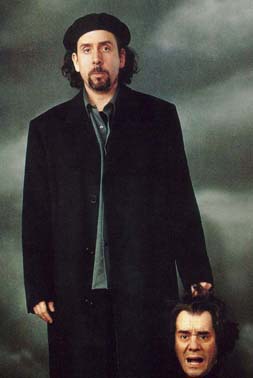 Timothy William Burton (born August 25, 1958) is an Academy Award-nominated film director, writer and designer known for his off-beat and quirky style. Especially in his stop-motion animated films, he is known for the exaggerated style of his characters, which still retain their serious, humanlike characteristics as only he would do. He is Simply Burton 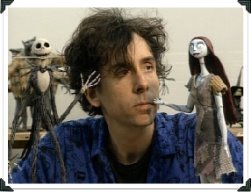 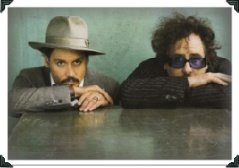